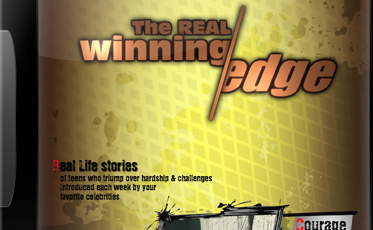 Did you know that Mary Daneman of Daneman Video Productions was chosen to be a shooter and editor for a TV show in 2012?  I was thrilled when I received a call from Dr. Diane Preston Reilly of Challenger Films requesting that we start shooting for her TV Show “The Real Winning Edge”.   She produces this program that showcases teens who have overcome some sort of challenge or adversity in their life, have come out on the other side stronger and in turn became an inspiration to their peers.  Diane has taken her idea to large network stations like FOX and ABC and they loved it.  It’s now airing Saturdays and Sundays on many networks.  Shortly after our first shoot with them, they requested we edit one of their shows.  I loved it so much and thankfully they were pleased working with us as well.  We now put out approximately 2 episodes a month for “The Real Winning Edge” and shoot celebrity introducers and featured profiles as well.  You can view some of these amazing teens and their stories at www.realwinningedge.com

We will be traveling in September to Dollywood in Pigeon Forge, Tennessee to film a celebrity introducer who was on Season 12 of American Idol.  I’m looking forward to meeting this talented young lady and traveling to a new place.  Life is good.

If you know of someone who may have what it takes to be featured on this inspirational show, please visit the web site for more information.  www.realwinningedge.com